AI Anomaly detection for ride-hailing companies to ensure the security of passengers and drivers.

The number of crimes being committed in ride-hailing and taxicabs is on a steady rise. This is evident from the number of reports being filed by drivers for criminal assault and battery. From the drivers to the passengers, the safety concerns surrounding taxicab journeys are increasing by the decade.

Recently, a drunken man attacked a Lyft driver in Florida, putting the cab driver in a chokehold from the backseat. In Delhi, six men broke a window of an Ola cab and assaulted the driver and passenger. The image below shows a few of the several such crimes recently reported in google news. 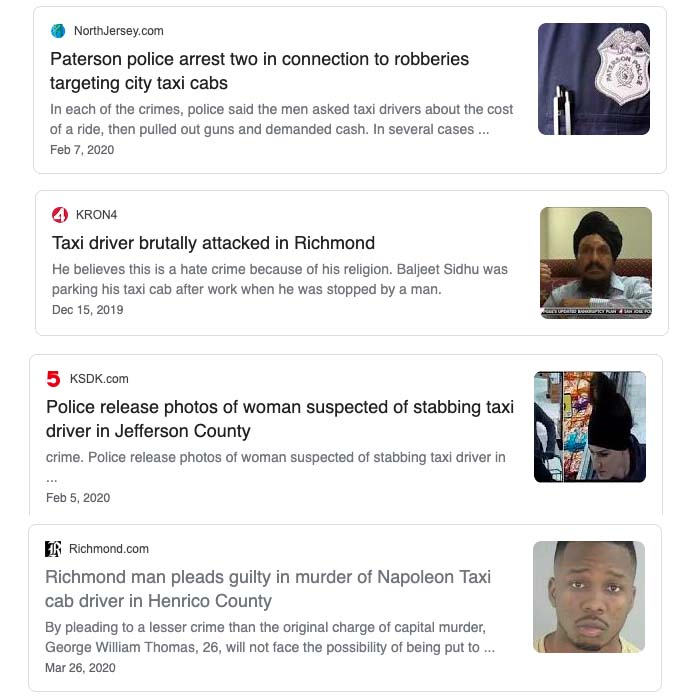 “It’s not a good feeling to have a gun to your head,” said Santanu Bose, a cab driver who lives in Rogers Park. He said he’s been robbed twice since becoming a licensed cab driver. “It did shake me up quite a lot for a few weeks.”

According to the Bureau of Labour statistics, workplace violence remains a leading source of occupational fatalities and injuries with taxicab drivers. Historically, they have experienced one of the highest homicide rates of any occupation. According to a study published by the American Journal of Preventive Medicine, the taxicab driver homicide rate was 7.4 per 100,000 drivers in 2010.

The increasing number of fatalities is turning into a serious predicament for companies like Uber, Lyft, Ola and other ride hailing companies. This creates the need to enhance the security measures for better protection of cab drivers as well as passengers. Some of the major precautions that are being taken to ensure the safety of cab drivers today are as follows:

The most preferred safety precaution that organizations use is the installation of an in-cab surveillance camera. These cameras give perpetrators the feeling of being watched, which acts as a deterrent. It also increases the arrest rate of such criminals.

AI-enabled Insights from your cameras

Unfortunately, surveillance cameras are only used for investigative purposes. That is, after the crime has been committed, law enforcement officials can playback the footage and analyse it to collect evidence. But, in today’s digitally empowered era, shouldn’t we expect more sophisticated solutions that can actually help prevent these crimes from happening in the first place? This is where the relevance of AI-powered anomaly detection comes into play.

Anomaly detection is a technique that is used to identify items or events that do not conform to an expected pattern. Such techniques are used in situations where abnormal behavior needs to be identified.

By using AI powered anomaly detection systems in taxi cabs, the occurrence of crimes can be detected in real-time. These systems can immediately identify the occurrence of anomalous activities such as assault, theft, rape, presence of harmful objects or weapons, disputes etc. Such a system can alert the concerned party, say, nearby police officials to take necessary action. Timely alerts can help in more proactive engagement from the police department.

If any abnormal behaviour is detected by the system, it immediately generates an alert or notification that can be sent to the nearest police department. This can help law enforcement authorities to take timely action, and diffuse the situation before it gets out of hand.

The system can automatically identify the faces of passengers. It can use information from the company’s database of blacklisted passengers or public police databases of wanted criminals to identify any potential threats. If the system matches the face of a passenger to any of these databases, a notification will be sent to the concerned authority as well as notify the cab driver to stay safe.

The video above shows the anomaly detection module of Emotyx – an AI-powered real-time video analytics suite. The real-time video feed from a surveillance camera is a series of video frames. For anomaly detection, the system performs classification models on every incoming frame, which will classify the frame into either an anomalous or non-anomalous class. Here, information captured from the previous frame is linked to the current active instance, to derive intelligent inferences. 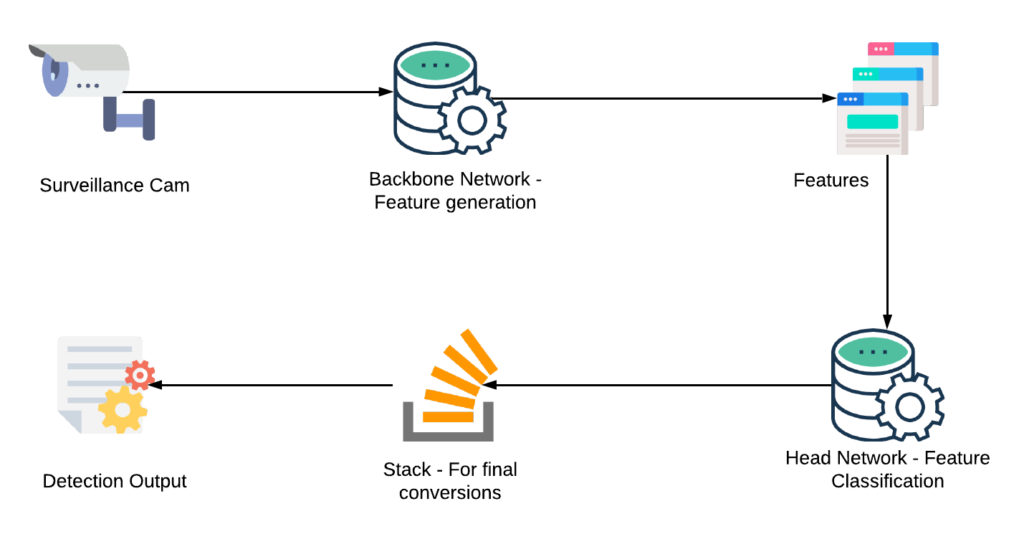 Emotyx uses a proprietary hybrid neural network which has a core backbone net that generates high dimensional features from a set of continuous frames instead of every single frame. It also has a head net, which classifies the features generated by the backbone. 3D Convolutional Neural Networks (3D ConvNets) learn spatiotemporal features far better than the conventional 2D Convolutional Neural Networks (2D ConvNets). Orthodox 2D ConvNets run different filters on inputs both horizontally and vertically. In layman’s terms, 2D ConvNets are capable of processing 2-dimensional inputs only. But the 3D ConvNets takes the time axis into its consideration along with the existing 2-dimensions. The 3D network which we designed can capture the spatial information from the set of inputs. Emotyx batch a continuous bag of frames into one and pass it to the network to generate features. The output is sent to the head net, which is a linear classifier for the final classification task. The head net is shallow in nature but was able to fit well for the specific use case.

AI-enabled Insights from your cameras

To facilitate inter-communication among the two networks and for the final conversion of the classifier’s results, Emotyx uses different prime data structures like stacks and queues. The results of the classifier are stacked to a certain threshold to see whether there is a potential difference in the pattern or not. This difference might indicate a probable event of interest. Where in this case, detection of assault, theft and other unfavourable events. The different metrics Emotyx use to test the network include Area Under the Curve (AUC) and F1 score.

AI powered anomaly detection can be helpful in several other areas as well, such as public places, factory premises, prisons, etc. Here is a video of emotyx’s anomaly detection module that can detect anomalies like explosion, fights, robbery etc.

Violence in taxicabs is still prevalent, despite the precautionary measures being taken by ride-hailing service companies like Uber and Ola. By using the AI powered anomaly detection feature of Emotyx, it is possible to detect any violent behavior and send alerts to law enforcement authorities for corrective action. Would you like to discuss more on this? Let’s talk.

Kelvin is an AI enthusiast and developer at Accubits, who is actively involved in creating artificial intelligence solutions for our vast clientele. He is part of the AI R&D team at Accubits and has several noted research papers in domains like deep learning, computer vision, and natural language processing. He is a true believer and promoter of the open-source movement. Kelvin has developed many AI systems that are freely accessible and open for developers across the globe.